It's update time! Lots of improvements for the tutorial/demo area. 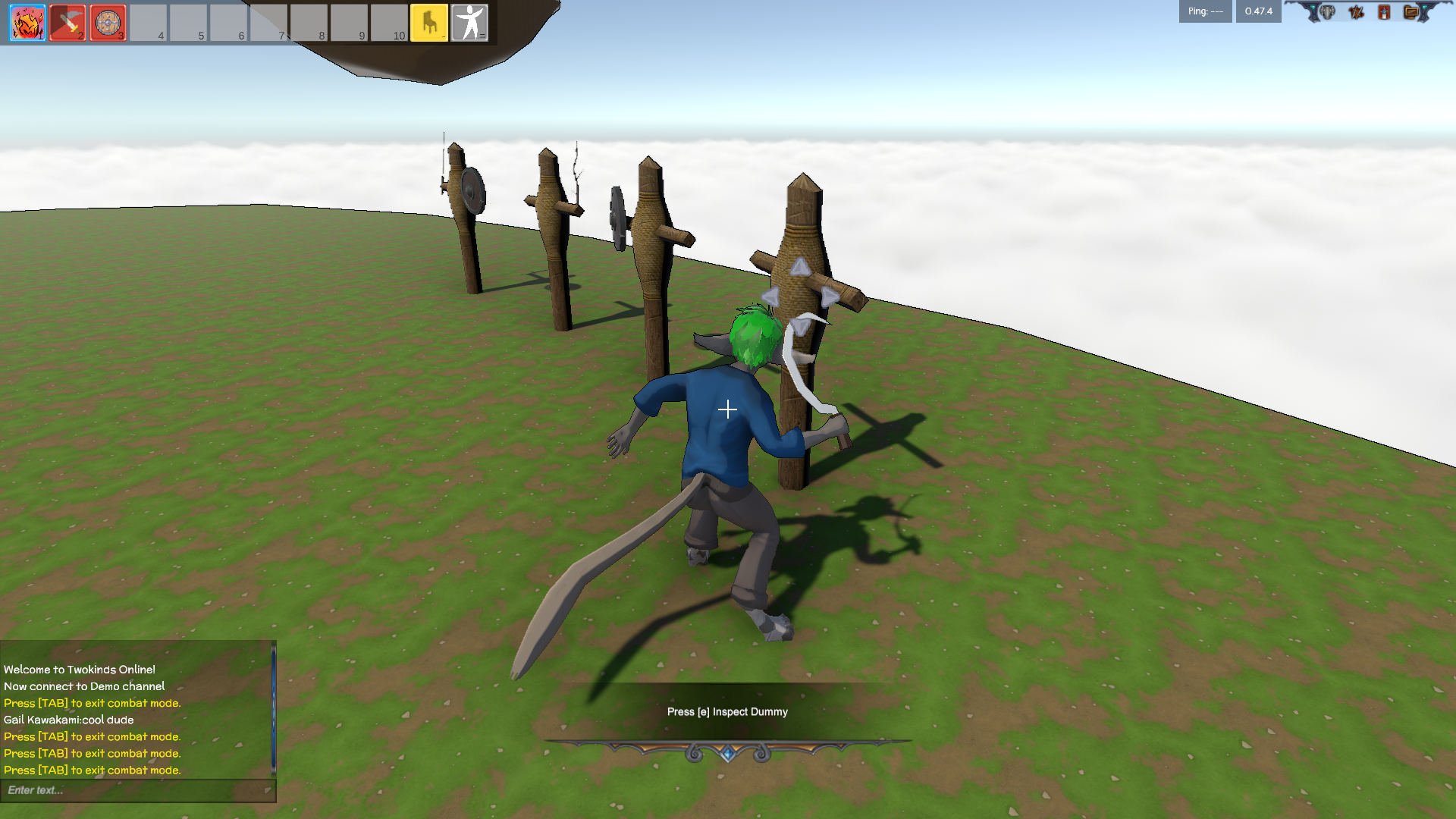 Dummies don't react to being attacked yet but the flashy effects are nice. 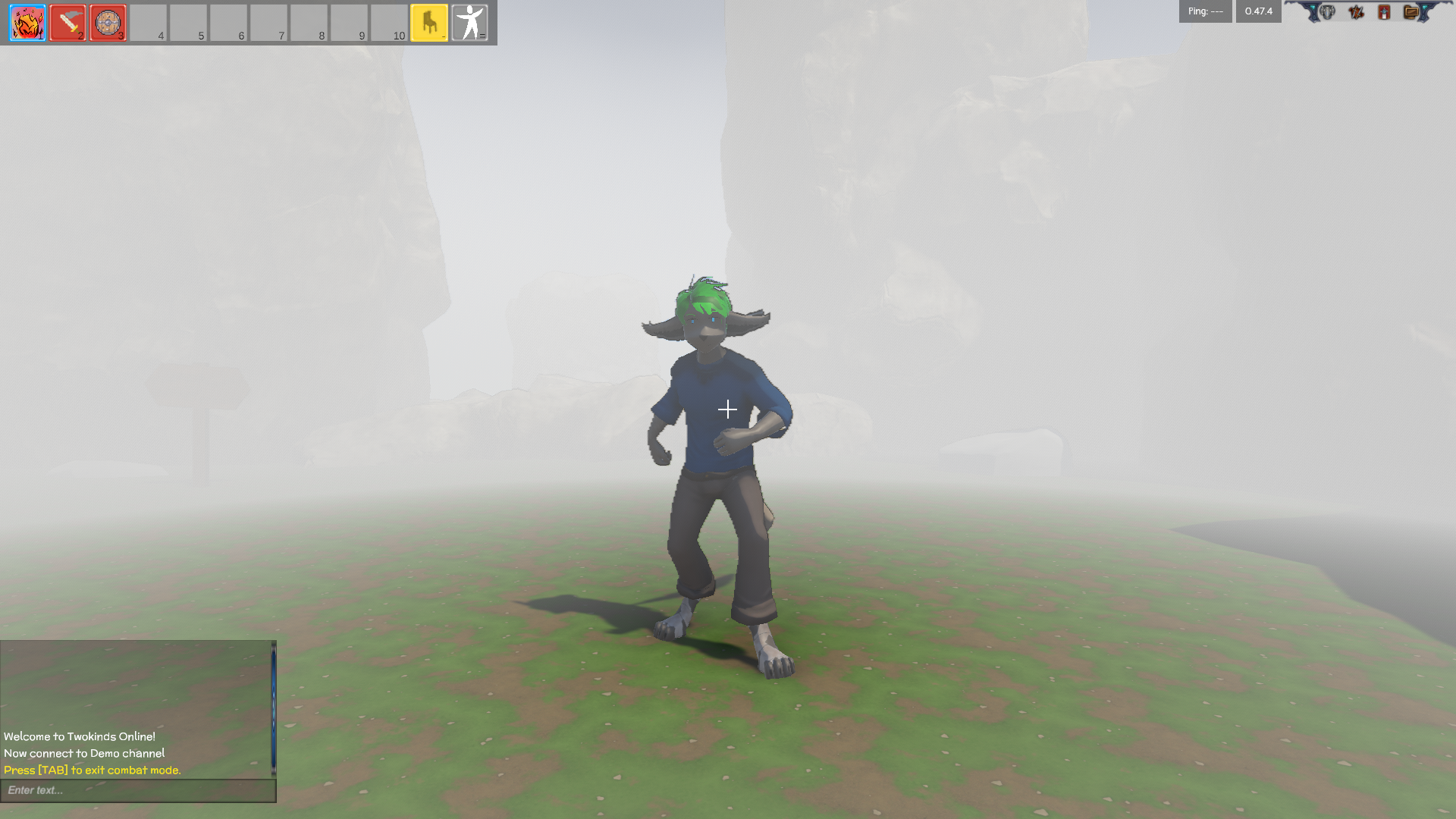 There is no proper fisticuffs stance. Very silly. 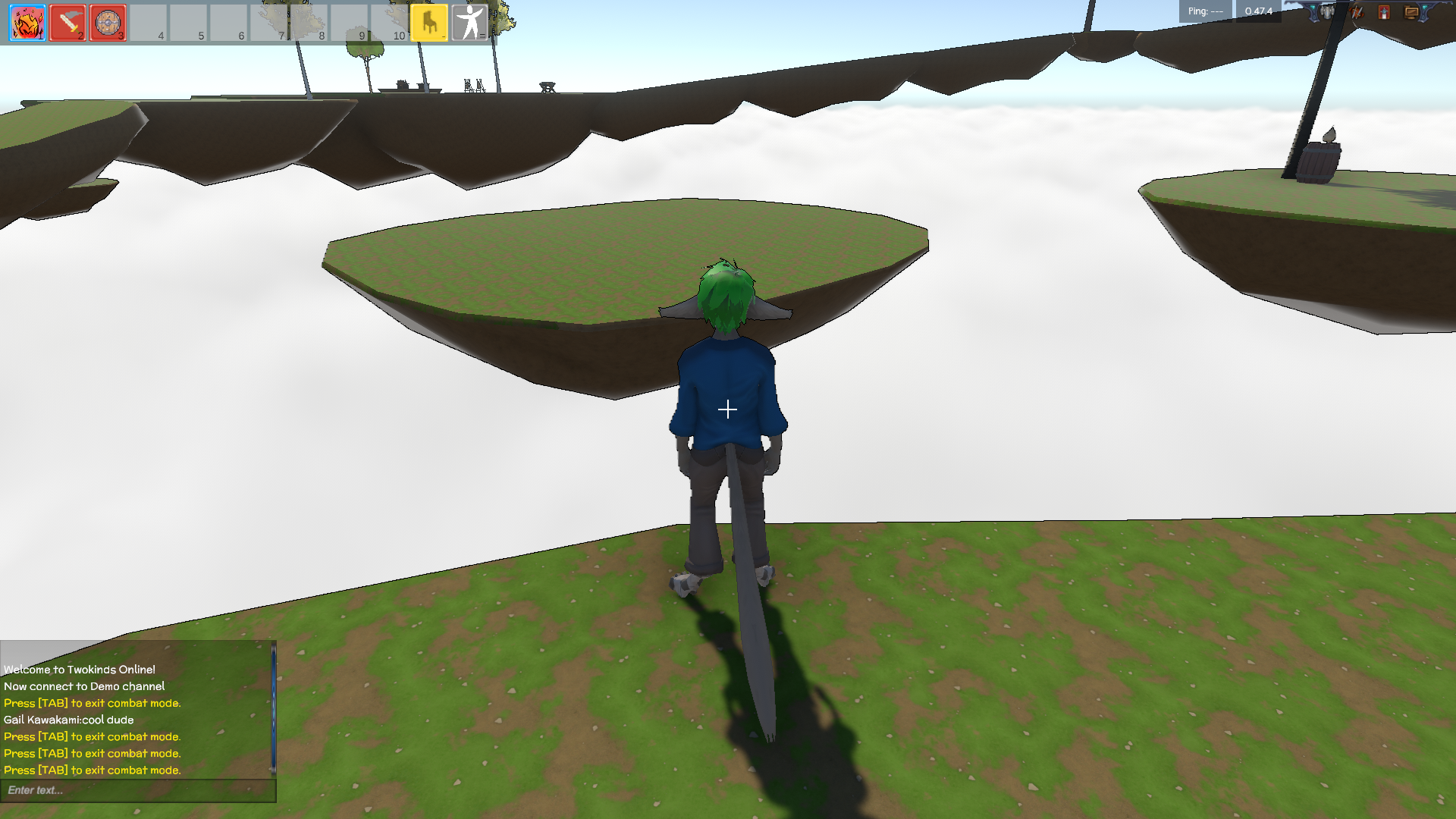 What use to be a normal jump is now a fall through the clouds. Will be fixed next update.

Also experimenting with putting the download on itch.io.  Grab the itch.io/app and download the game from here if you don't want to mess with steam keys.

Also, the game has a twitter account now! Info about playtests and other updates can be found there in the future. https://twitter.com/twokindsonline

Steam keys can be requested from the downloads page with an account.